The Epic Pool Parties were one of the most talked about events of the Winter Music Conference in Miami. If you have ever attended Miami music events in the spring, you know what we mean! After this game-changing debut in 2019 they return to The Kimpton EPIC Hotel bigger and better in 2020 for six days of carefully programmed parties. These events will take place the week of the Conference from Tuesday March 17th to Sunday, March 22nd. The first ones to be announced are the WMC Official Opening Party with the legendary House acts, aka Louie Vega and David Morales, as well as Amnesia Presents x Do Not Sleep on Wednesday March 18 and a special Repopulate Mars day-night party on Friday March 20th.

Located in the heart of Downtown Miami, Kimpton EPIC Hotel is an urban hotel that exudes the beauty and essence of the city through unparalleled experiences and views of Biscayne Bay. The ultimate Miami getaway, Kimpton EPIC Hotel just got even more EPC with the completion of a full redesign. Check it out this year! The events will take place on the newly imagined 16th floor at the hotel’s pool deck overlooking the city, complete with palm trees, bars, and cabanas. Come escape to paradise at the EPIC hotel during Miami Music Week!


The best of the best DJs, brands and labels and come from the extravagant teams at Electric Ibiza, who run iconic events at the White Isle's most famous venues, from Amnesia to Ibiza Rocks, Café Mambo to Pacha and Space Ibiza. 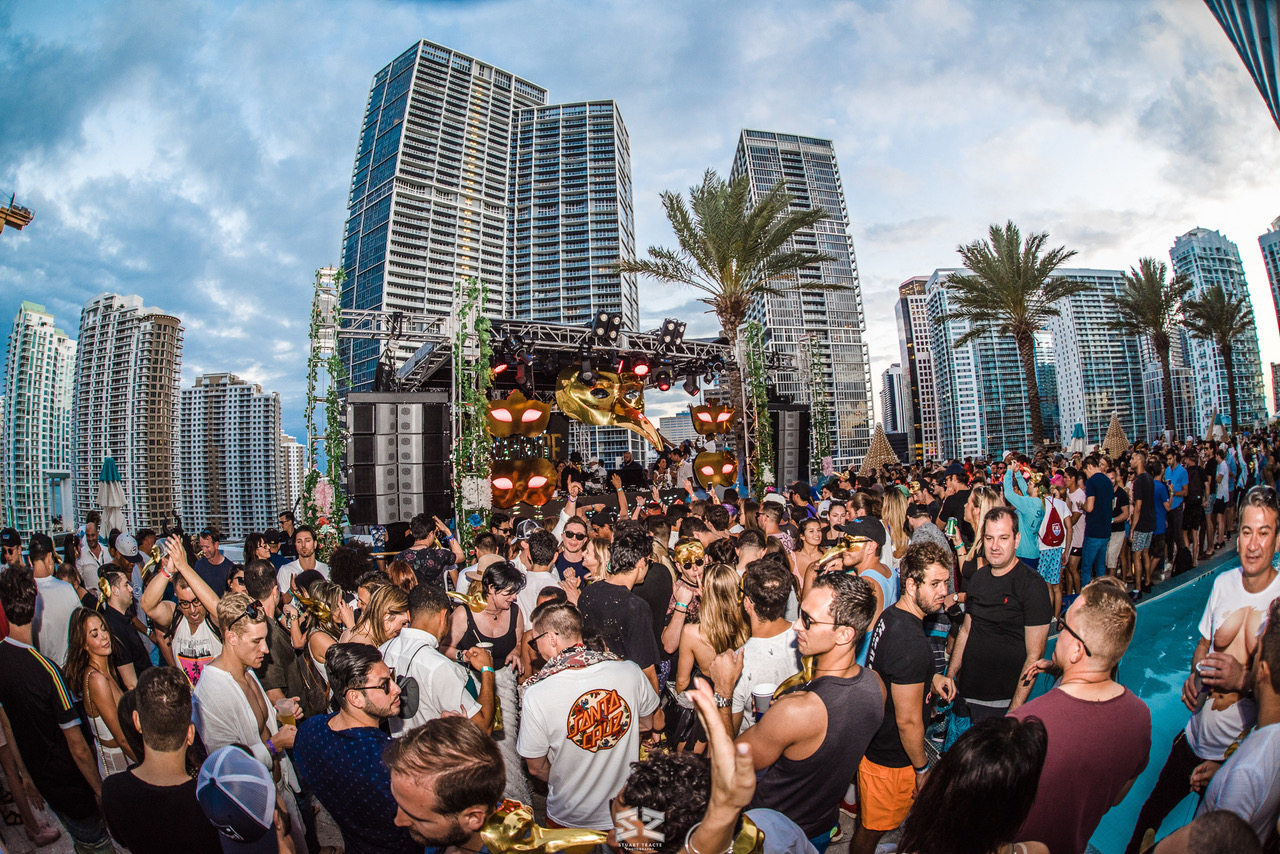 On March 17th the entire Winter Music Conference kicks off with the one and only Official Opening Party at The Epic, which also happens to fall on St Patrick's Day, and the headliners couldn't be more perfect: the Kings of House, aka Louie Vega and David Morales, have been there since day one, pioneering various forms of the genre from vocal and uplifting to more dark and driving. Next up on Wednesday March 18th is one of Ibiza's most iconic clubs, Amnesia, who team up with underground house party Do Not Sleep. As such you can expect the best in cutting edge  house, slick tech sounds and electric atmospheres from some of the scene's most essential and innovative talents. On March 20th, Lee Foss's red hot Repopulate Mars label will bring its key talents to the Epic for an afternoon and early evening session of unrivaled house music.
"Repopulate Mars will rip open the fabric of space and time to return to Miami Music Week to host their intergalactic pool party on Mars at the Kimpton EPIC Hotel on Friday March 20th. Expect a day of outer space hedonism that will have punk funk kids shedding clothes, aliens shedding skin and cyborgs getting down to an electrifying line-up of the best names in house and techno."  - Lee Floss


These Epic Pool Parties will be just that, and promise to be the most talked about dances during the whole of the WMC 2020. The next three shows and full line-ups will come in the next few weeks. Come have fun with us at WMC 2020!